With the engine substantially built (minus the induction system), I have been able to turn my attention to the transmission. When this engine is used in passenger cars and if attached to a manual transmission, the clutch is actuated by a cable. Unfortunately, this is not very Cobra friendly (especially when fitted in a right hand drive car), so the typical approach that my peers take is to fit a hydraulic conversion. Never one to take the easy route, I am working on constructing my own conversion using more readily available parts rather than rely on a £200 ‘kit’ that doesn’t really fit according to some who have used it. To this end, I needed to measure the clutch actuation force at the release (throw out) bearing to allow me to calculate the mechanical advantage and movement required at the pedal. Fortunately, we have a hydraulic press at work which, when coupled to a load cell and dial gauge, proved to be very useful for collecting the required data! 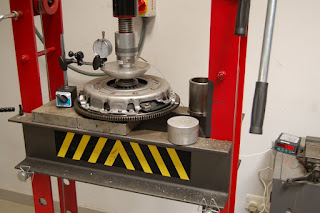 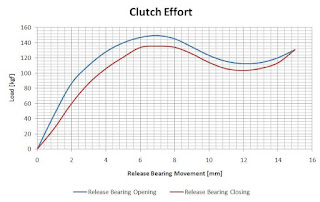 In addition, I was able to complete the fabrication of the engine cradle which allowed me to remove the engine from the build stand and access the rear of the block. This allowed the installation of the final core plug (at the end of the cam shaft) along with the oil gallery plugs. 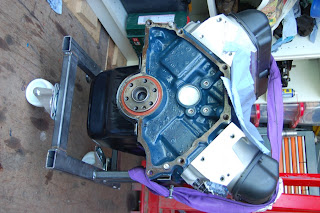 These were followed by the block plate, flywheel and clutch which then allowed me to ‘dial in’ the bellhousing. This is achieved by fitting a dial gauge to the clutch and measuring the runout of the bellhousing location diameter when turning the crank. The bellhousing is mounted on offset dowels which can be rotated to get the runout below the 0.005” target specified by the transmission supplier. 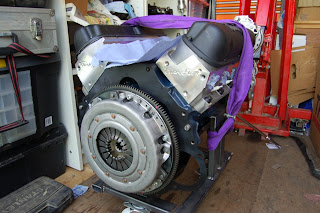 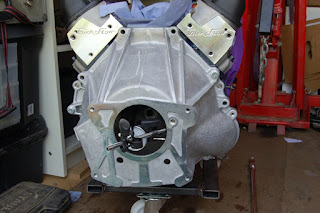 With this completed, all that remained was to fit the transmission itself which proved to be easier than expected thanks to judicious use of my engine crane to take most of the not insignificant weight! I also fabricated a transmission support ‘foot’ at the same time as the engine cradle to allow the whole driveline assembly to be wheeled about as required. Now all it needs is a chassis around it!﻿ 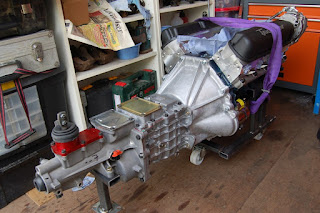 Next steps involve the re-assembly of the donor suspension components for which I am currently collecting all of the new bearings, seals, shims, and fasteners. I now therefore need to switch from the UNC threads used on the engine, to the UNF threads (along with a couple of fine Metric threads for good measure) used by Jaguar in the 60’s. Hopefully I won’t get them mixed up!
Posted by Tool Chimp at 10:47 No comments:

A number of small jobs came together this weekend to see the substantial completion of the engine build (minus the intake manifold because I haven’t started making that yet!). 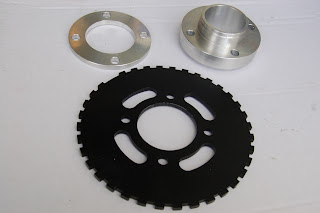 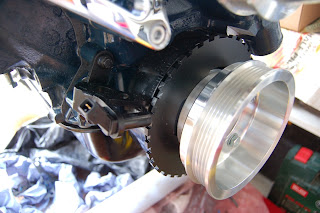 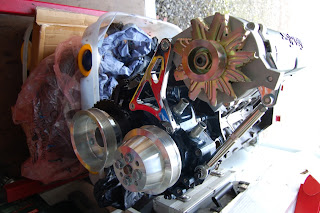 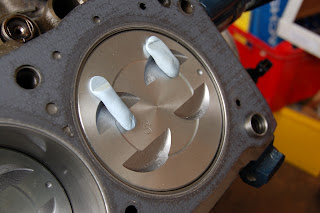 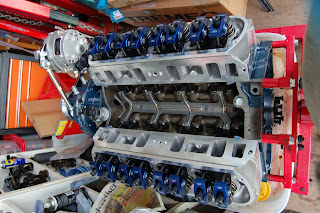 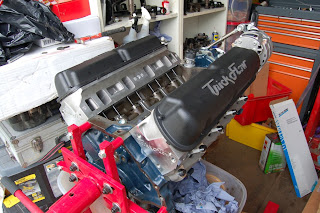 The next task is to align the bellhousing and the fit the gearbox which cannot be done on the engine stand, so I have started fabricating an engine cradle. This picks up on the engine to chassis mounting points which will allow the engine assembly to sit on castors and crucially frees up the gearbox mounting bolts for adding the rest of the driveline. So far, I have tacked the structure together and test fitted the basic frame - this then needs to be fully welded and the wheels added before it can be pressed into service.
﻿ 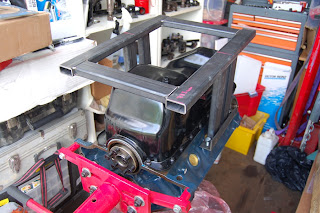 Once this is complete, I can move on to rebuilding the donor suspension components.
Posted by Tool Chimp at 10:14 No comments: