First update of 2013 so happy new year to everyone!

Progress on the build has been sporadic at best but on the odd occasion where the planets aligned, I have managed to complete some aspects of the build. Chiefly among these is the suspension alignment. Jaguar in their infinite wisdom elected to provide for rear wheel alignment by the use of shims at the wishbone and drive shaft mounting points. This is fine in principal until you get to the part that requires half of the suspension to be disassembled to allow a shim to be added or removed. Inevitably during the reassembly the parts do not go back together exactly as previously and the expected change in alignment has not occurred.Still, I got into the swing of measurement, disassembly, adjustment,re-assembly (including lock wiring) and re-measurement to the point where two days work later, I have the rear wheels pointing in the correct direction! Front wheel alignment was considerably easier with the more convention threaded track rod ends requiring a couple of turns to bring everything into specification. Cue gratuitous shot of chassis with build wheels 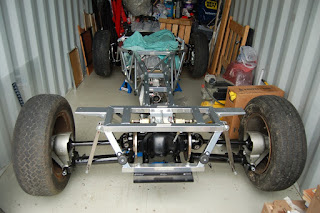 Elsewhere on the car, I was not keen on the provided metal straps to fix the steering rack in place so I elected to machine replacements from billet aluminium. These have been fitted although I still have to measure bump steer which will likely require some adjustment of steering rack position. 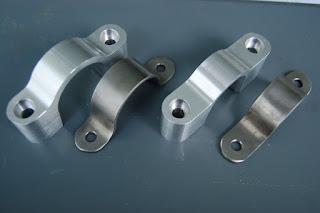 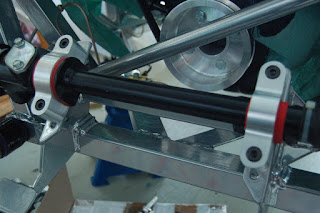 I designed a bracket for the clutch slave cylinder including carrying out some analysis to ensure it would not fail form fatigue. Once the design and analysis was complete I could procure the required parts to make it. These (along with a plate for securing the gearbox tail housing) were laser cut from sheet steel and the tack welded into shape for a trial fit. Everything seemed to align as required so this can now be fully welded before painting. 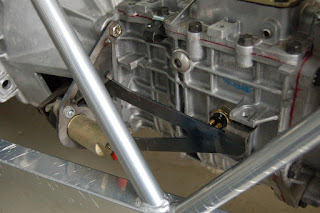 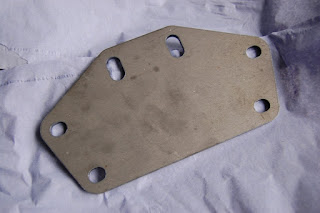 Other progress includes forming the remaining brake hard lines both for the two front uprights and at the rear of the chassis for the rear brake callipers. This also required me to machine a spacer for the junction block so as to avoid the fuel hard lines vying for space in the same part of the car. 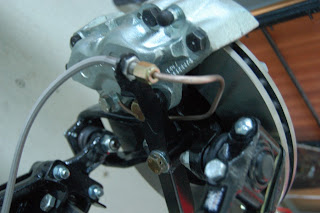 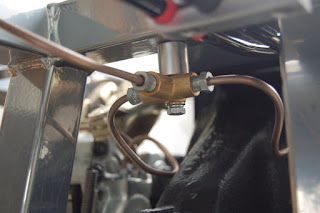 Lastly, I have trial fitted the radiator, partly start looking at cooling hose routing, but mostly getting it out of the way so I don’t accidentally kick a hole in it! 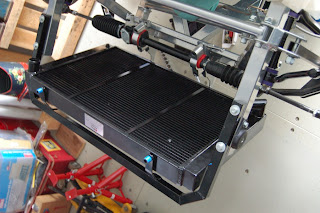